After our trip to Acadia National Park, Normer and I traveled to Shanghai with our friends, David and Lynn. Normer went to Ga Tech with David. The past few years, they have lived in Dallas, TX but will be moving to Atlanta in a few weeks. Yay! David and Lynn were quite excited to get first class on their buddy passes for the 14 hour flight so we had to document it.

The whole reason we went to Shanghai was to attend a wedding reception for Justin (another friend of Normer's from Tech). Justin is marrying the fabulous Jun (who is from Shanghai originally but grew up in Toronto). Jun and Justin met through work and are getting married next month here in Atlanta.

David was our translator and tour guide since he lived in Shanghai for awhile.  Lynn also understood Chinese and helped with translating many times too! We certainly would have been totally lost without their help! 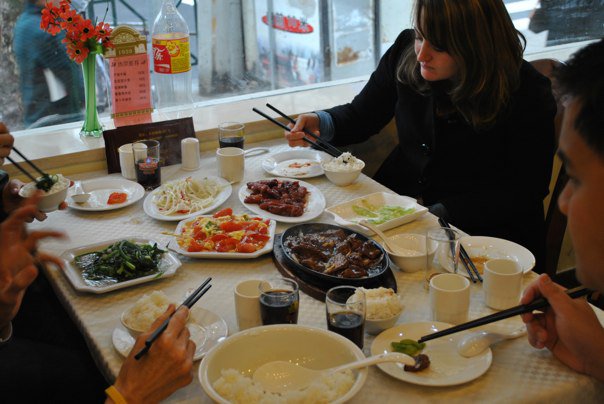 For our first meal in China, we had quite the spread: a Tomato and Egg Dish, Beef, Sweet & Sour Pork, Corn Cakes, Cucumbers, and more. My favorite dish was probably the simplest, cut up cucumbers with a vinegar and garlic sauce on them. Yum! 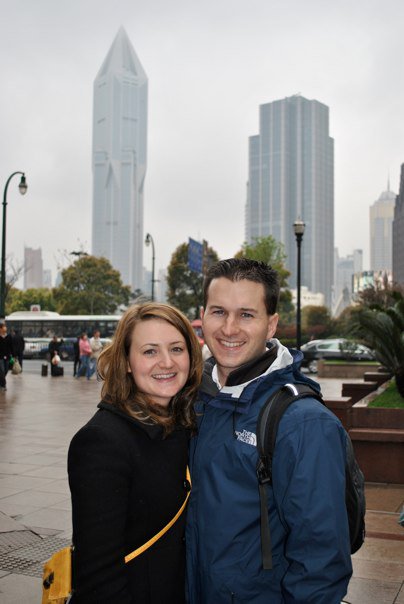 The building on the left is called Tomorrow Square. We did not get lucky with the weather on this trip. It rained almost everyday and was quite overcast. We weren't sure if it was the weather or smog that made it so cloudy though.

We walked along Nanjing Road until we came to the Bund. This is one of Shanghai's most famous areas. The view of Shanghai from the Bund. 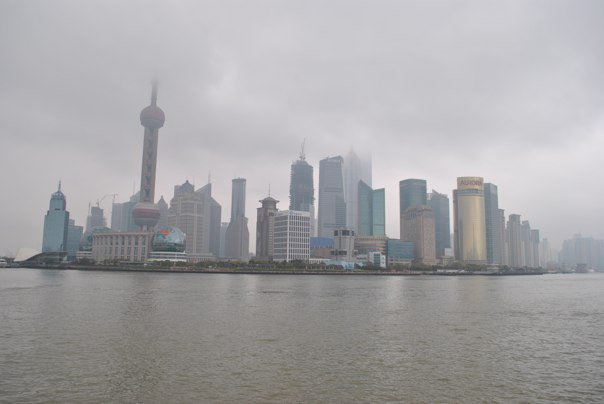 Such a gloomy day! Most of the tall buildings are hidden in the smog/fog. 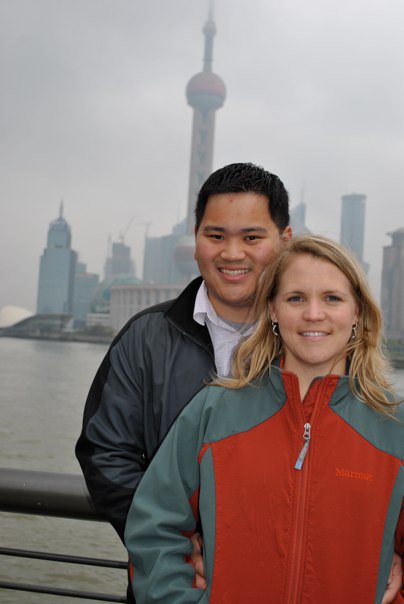 Next we headed to the Yuyaun Garden. This is the the best place to eat dumplings in all of Shanghai. There is always a really long line for takeout so we decided to head upstairs to try the dumplings in the restaurant. 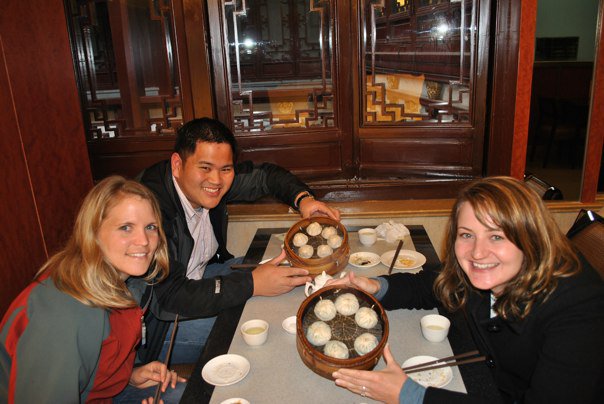 They were really good and I'm not a huge fan of dumplings.


At the end of April, Shanghai is hosting the 2010 Expo and the whole city was decked out for it. Everywhere we went we saw this little blue guy called Haibo. He was literally on every street corner! 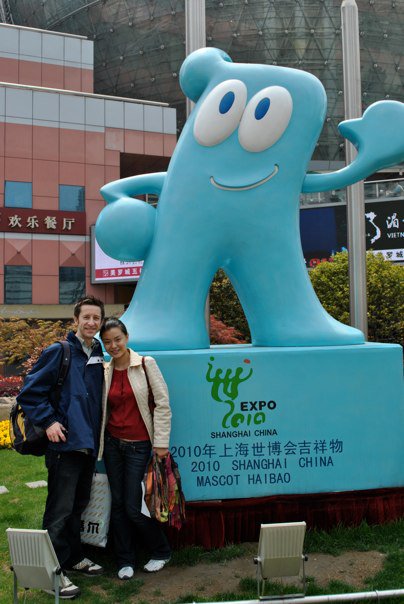 Next we went to the Shanghai World Financial Center.  It is the 3rd tallest building in the world but contains the world's tallest observation deck which we were able to visit! 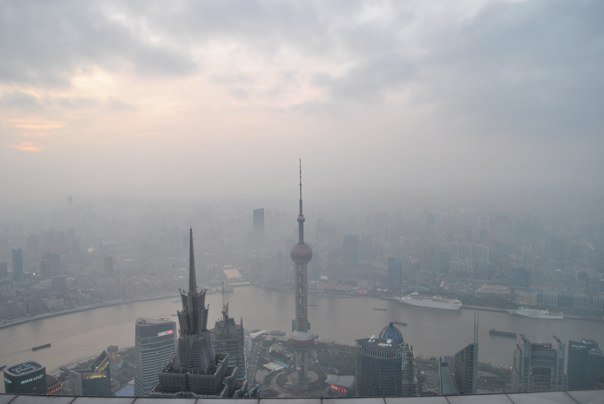 The view from the Observation Deck. 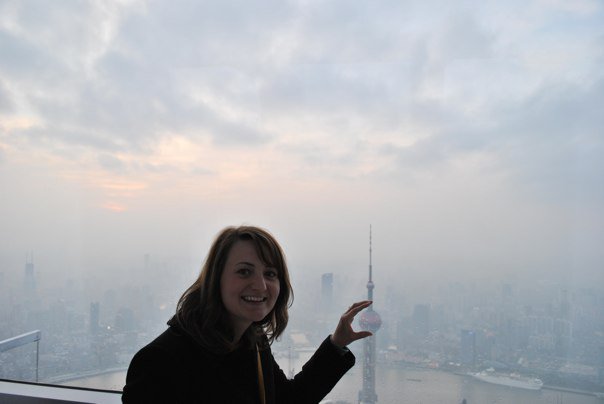 
David and Lynn with the Pearl Tower.

Each city that has hosted the Expo had a sign in the observation room. Something very typical of China is mispelled English words but I can't believe that they spelled New York as "Now York". Really? Come on! 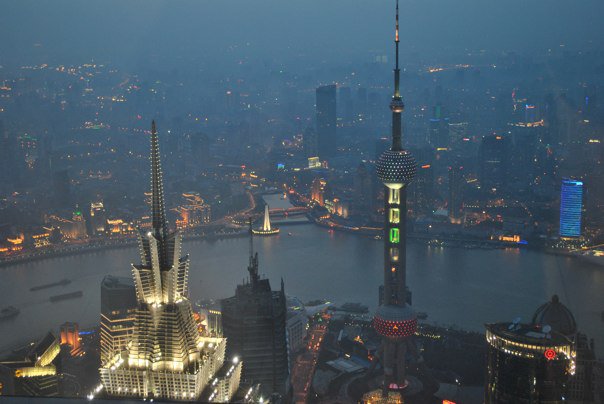 We went to the Observation Deck at the perfect time since the sun was setting and we were able to see the city in daylight and at night. It was absolutely beautiful when all of the city lights started turning on one by one.


After visiting the SWFC we headed to Starbucks (for the 2nd time that day). The caffeine didn't help us though so we gave in to the jet lag and finally headed back to the hotel. More China up next!
Labels: Travel