Normer and I took a trip to Acadia National Park over Spring Break. Lulu came with us and had her 2nd trip on an airplane. We were supposed to fly in to Bangor, Maine (which is about an hour drive to the park) but we ended up missing the flight by 5 minutes. We had to change our travel plans and decided to fly to Boston, then drive 5 hours up to Acadia. It was a LONG drive but at least we had our little pup to keep us entertained. 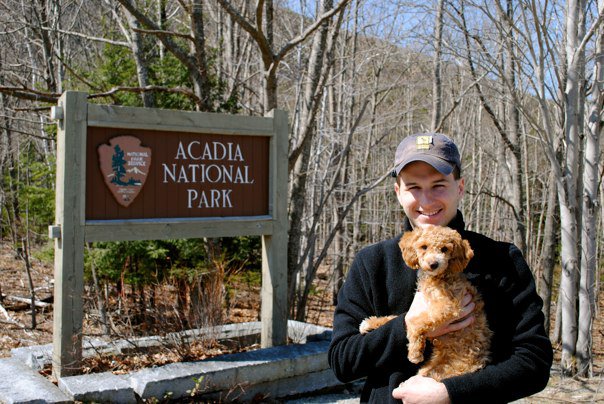 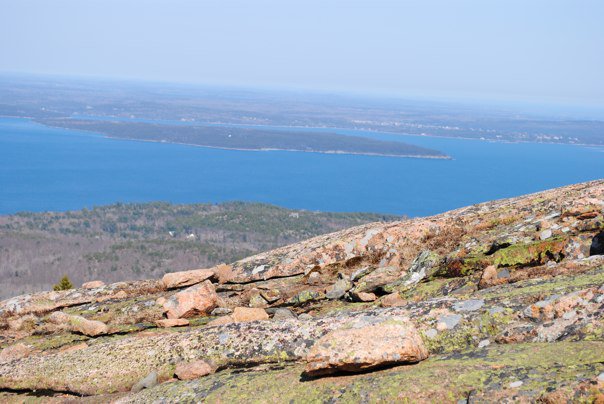 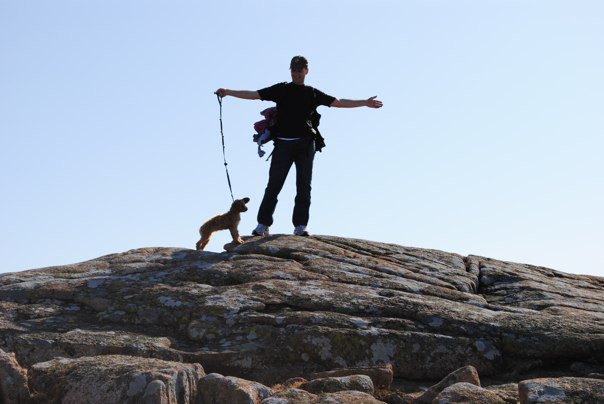 There were some beautiful views along the way.

We finally arrived in Acadia and set up camp. It was way colder than we had originally anticipated! Lulu slept in our sleeping bag with us to stay warm. I think she loved every minute of camping.
Acadia is right on the coast and is next to a town called Bar Harbor. This whole area was pretty much a ghost town. Most of the hotels and shops were closed for the winter season until April 30th. Apparently, Acadia can get snow up until June. We were really disappointed because only 2 small roads were open in the park so we didn't get to see as much as we would have liked.

We hiked the Cadillac North Ridge Trail with Lulu. People we passed along the trail  couldn't believe that we were hiking with a tiny dog. I think they thought we were bad dog owners. Little did they know that Lulu is one tough dog. Not only did Lulu make it the top but she was full of energy the entire hike and could probably have walked more! I think we went 6-7 miles that day!

The views were incredible. These are the Porcupine islands. I think the one on the right especially looks like a Porcupine. It's a little hard to see here though. 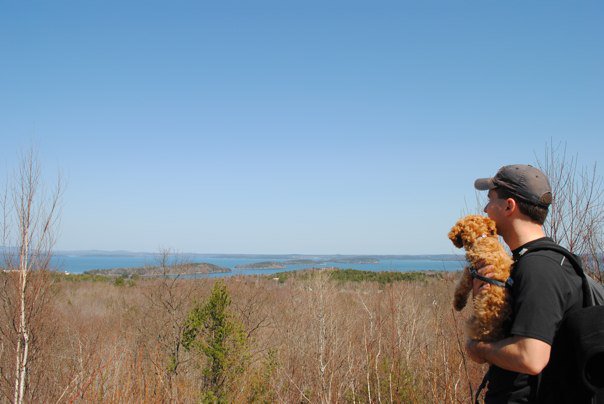 The Queen of the Mountain surveying her kingdom.

Acadia is one of the only dog friendly National Parks. Most parks don't allow dogs on any of the trails. The other dog friendly park is the Grand Canyon. We thought about going there until we saw that it was 18 degrees at night and I refuse to camp in weather that cold! 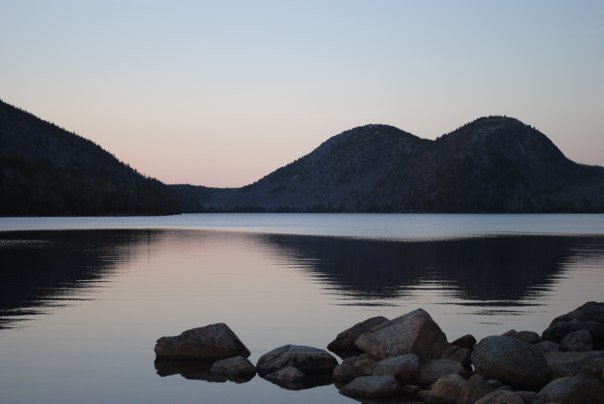 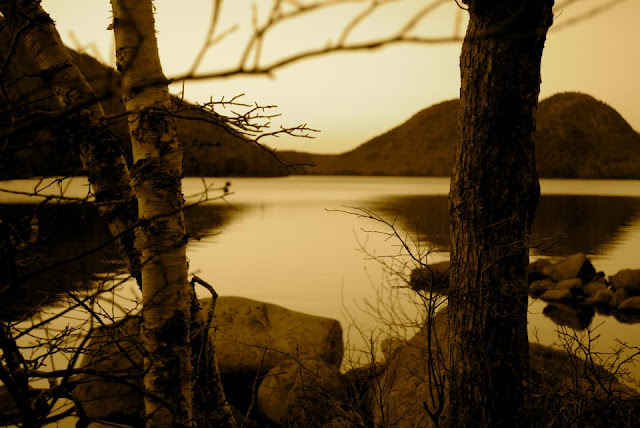 Before we left Acadia, we made one last stop at Jordan Pond before the sun set. It was so gorgeous!

This reminded me of an Ansel Adams picture so I had to make it Black and White. 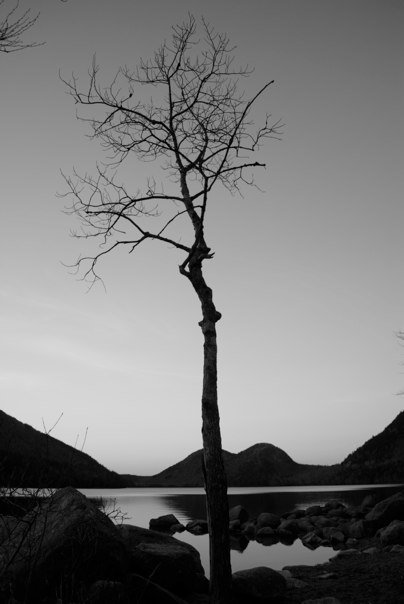 We just got back from China last night so I'll have several blog posts up soon with our trip!
Labels: Travel